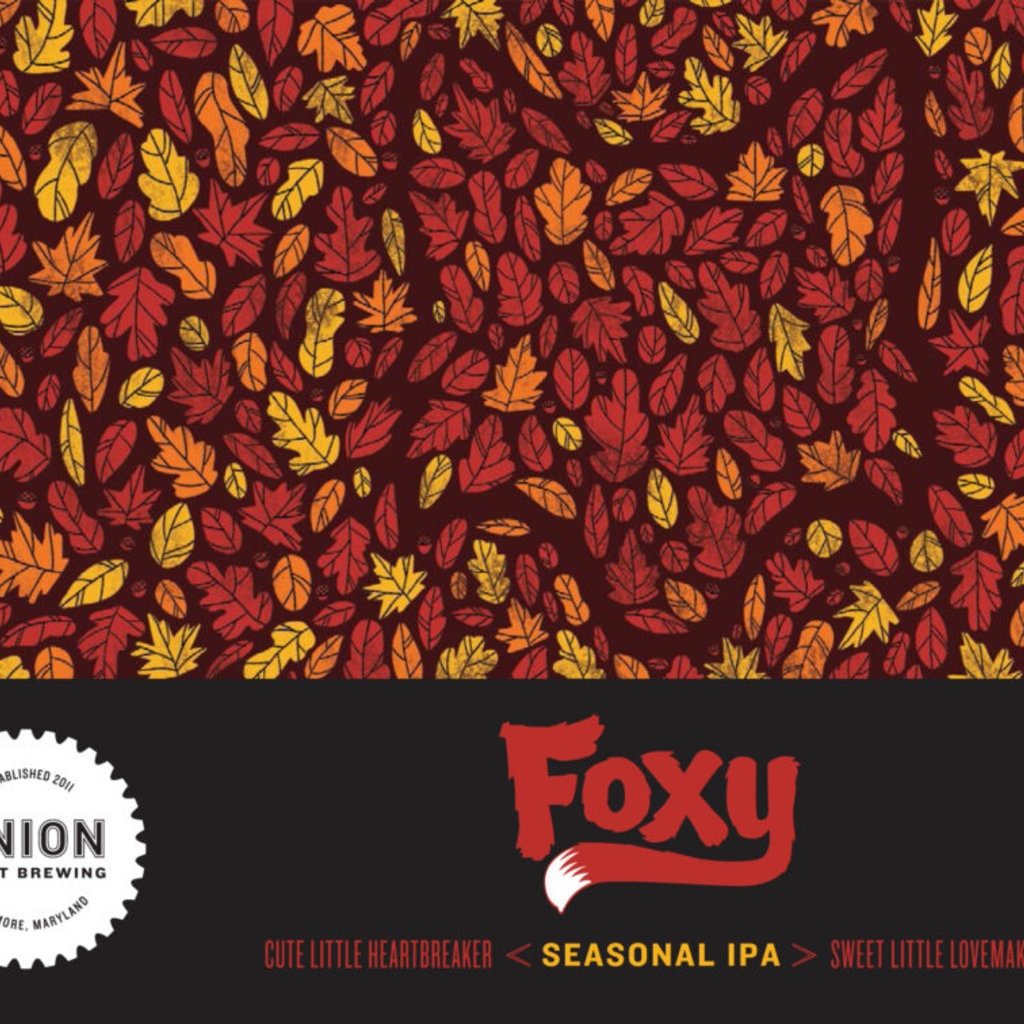 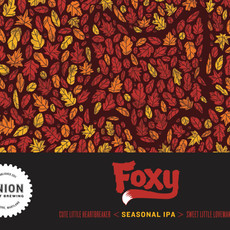 From the Brewery: "Northern Native American tribes believed that the Red Fox was a wise and noble messenger. Other tribes saw her as a dangerous prankster. Foxy Red IPA is a bit of both. This sly girl creeps out of her den when the night air gets just a little chill and the Autumn leaves begin to turn. Don’t be fooled by the color as Centennial & Columbus hops, bursting with their piney and fruity resins, combine with this rich, red ale to create a perfect balance of juicy hops and bready malt to usher you gently into the colder months. This seasonal IPA won’t be around long, so catch her if you can."

We Do Special Orders. Inquire within for more details.
Have questions? Call or Email Us
Add to wishlist / Add to compare
Beer ﹒ Craft Beer ﹒ Foxy ﹒ IPA ﹒ Local Beer ﹒ Union
Sign up for our newsletter
Please accept cookies to help us improve this website Is this OK? Yes No More on cookies »