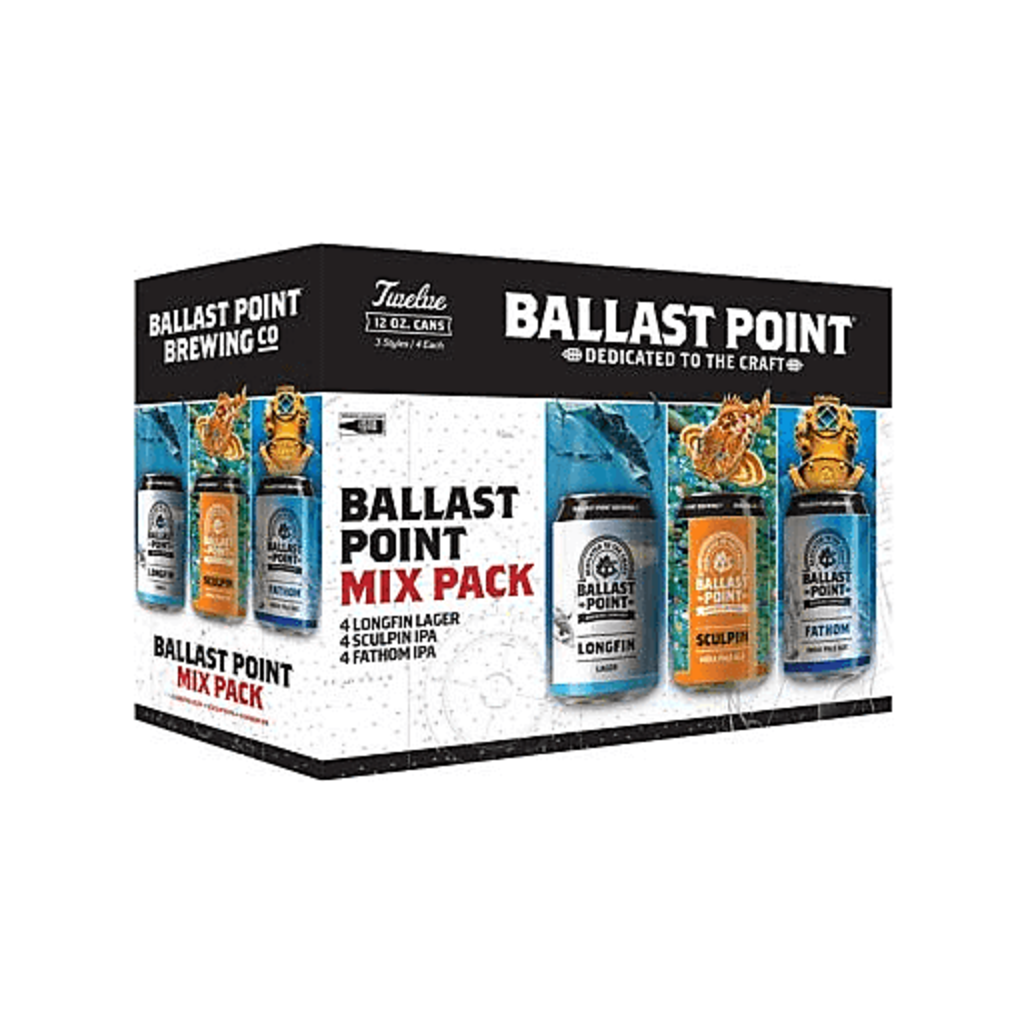 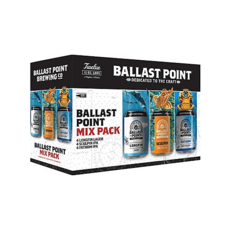 A mix pack of three offerings from Ballast Point. Notes from the Brewery:

Sculpin IPA: A great example of what got us into brewing in the first place. After years of experimenting, we knew hopping an ale at five separate stages would produce something special. The result ended up being this gold-medal winning IPA, whose inspired use of hops creates hints of apricot, peach, mango and lemon flavors, but still packs a bit of a sting, just like a Sculpin fish.

Longfin Lager: A classic German-style brew that has become one of the go-to beers with the team at the brewery. One of the most difficult beers to brew because of its simplicity. A solidly balanced Helles that finishes clean with a hint of hops and chardonnay aromatic notes. Pilsner malt and crisp, cracker notes follow in taste, with a soft pepper bitterness. It would easily fit in any German beer garden, but we think it’s perfect for enjoying on the beach, the boat or anywhere you can put an ice chest full of beer.

Fathom IPA:A smooth IPA that highlights our favorite characteristics of the west-coast IPA style. This crisp and clean brew features a touch of malt on the surface with an ocean of zesty orange and piney hops below. The result is a refreshing, easy drinking IPA with just the right amount of depth.

+ Add your review
0 stars based on 0 reviews

We Do Special Orders. Inquire within for more details.
Have questions? Call or Email Us
Add to wishlist / Add to compare
Beer ﹒ Craft Beer ﹒ German Style ﹒ IPA ﹒ Lager ﹒ Mix Pack
Sign up for our newsletter
Please accept cookies to help us improve this website Is this OK? Yes No More on cookies »